Mourning Apparitions opened this past weekend at Stranger Factory in Albuquerque! For the month of July I get to haunt the gallery space with Kathie Olivas and Michele Lynch.

I thought I would take this opportunity to go over my process for this exhibition and explain how ghosts became the theme. 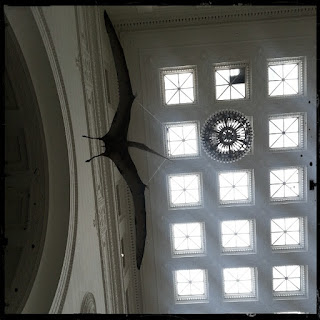 I usually start by making lists. I love lists. I love scratching things off of lists more. But this is a hunt for ideas. Word brainstorms that work in tandem with music. I listen to a lot of music when I work and I try to create playlists that fit the general mood.

For this exhibit I had a few songs left over from Adventure Awaits (April 2014 exhibit at Clutter) that I kept re-listening to. One was Lord Huron's "The Ghost on The Shore".

The lyrics floated around my head for a while:
I'm just a man, but I know that I'm damned
All the dead seem to know where I am
&
All who sail off the coast ever more
Will remember the tale of the ghost on the shore

I started assembling a playlist that gave me the same vibe as that song. At the time winter was in full swing, everything was icy and white and had been that way for a few months. The perfect setting for a haunting soundtrack. (You can find the full soundtrack on Spotify: Playlist called Ghosts under Lana Crooks Direct Link )

Once I have that started I pop in some headphones and head to the museum. Find some specimens, make more lists, watch some movies, get the brain moving. 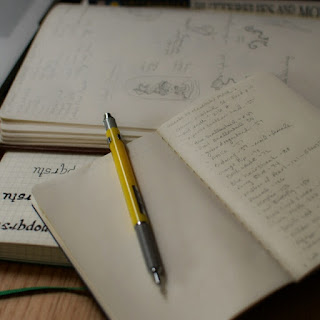 Stage Two: Organization
By now I have lists….LOTS of lists. Lists for colors, words, titles, elements, common themes. I start grouping things that stand out or brings an immediate image to my brain. I expand on the words or phrases that work best together to get more of an image. I take specimen names and file them away for later, continue building that playlist and begin a series of tiny doodles. Basically becoming a shut in… 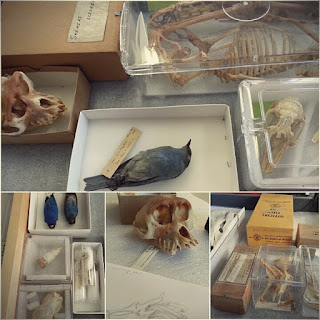 I do a lot of research when making my pieces. It's my favorite part, makes me feel like Im uncovering mysteries. It's as close to my childhood dream career of archaeology as I will get. I have access to a fabulous specimen lab and use it as much as possible.
Taking measurements, photos, notes, draw patterns and collect pantones (for later fabric and dye matching). This process usually spurs new ideas…and yes, I listen to my playlist the whole time! Who knows what specimen will call out in a way I didnt see before when paired with the right music. 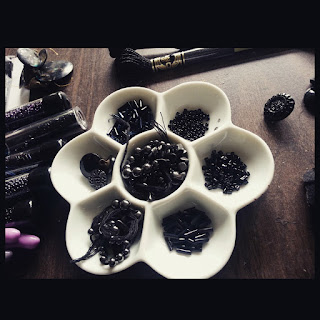 I actually spend a lot of this time fiddling around on pinterest. Look for more color inspiration, putz with the patterns I drew at the labs, general busy computer works.  I decide on an over arching scheme, each piece will have its own thing going on but hopefully relates to a bigger picture. This is where the ghosts really haunted my studio.


Stage Five: Hunt and GatherI begin to pull materials for the first few pieces. I scour antique stores for any elements that want to fit. Order fabrics, organize the things I already own and "get my arse in gear"

Stage Six: CreateI am not saying that all the other steps aren't work but this is where you just do it already. All the research and time spent playing around with materials lead to this. Prop up the sketch book, organize the desk, and turn up the music…this may take a while. Each piece leads to the next and things begin to take shape. Lots of hand sewing, cutting, adding small details, drawing new details, starting over, doing it again, waiting for dye to dry, making all the pieces talk to each other, and getting very little sleep. 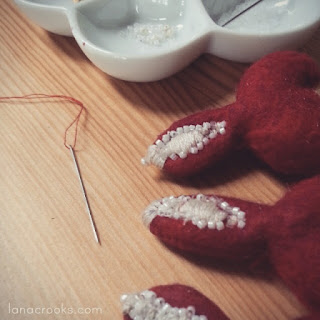 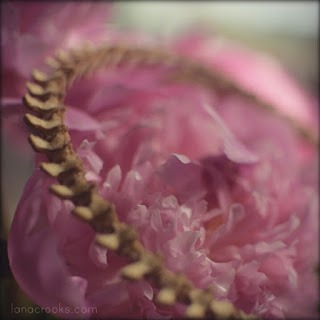 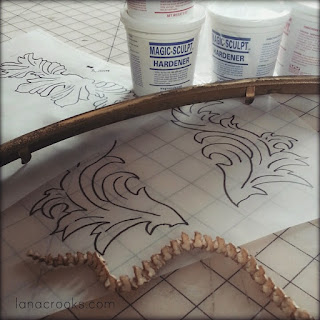 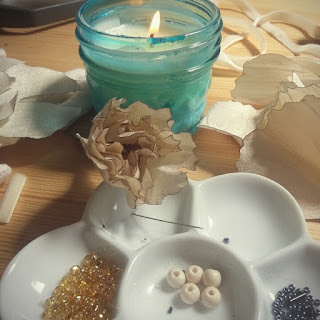 I have now gone thru some 12 step action (denial, anger, ect…) but those pieces are now done! The work has it's soul, its ready to move on. I give it a name, take its photograph and send it out to live a new life. It's both exciting and sad but now its time to start again. Below are some of my offerings for Mourning Apparitions, the full exhibit can be found on the Stranger Factory website (currently under "Now Showing"): www.strangerfactory.com

Stage Eight: The Lost Stage….or prepping for the opening

Most of my involvement usually ends after I send the piece into the world. Sometimes I go to work the opening and hang the show with the gallery. I had the opportunity to head out for this one. Kathie and I  installed all the pieces and made all the pieces look their best for opening night. If you have not had much contact with a gallery, they are a lot of work. Openings don't just happen. I am always glad to help out for exhibits, it is rewarding to see all the work together as a collection. Images from opening night are coming soon!

Thank you to everyone at Stranger Factory for having me! Thank you to all who came out to the opening, to those who have ever picked up a piece, asked for a sketch, liked my progress, followed my work and who have enjoyed what I do. I could not have done it without the support.

Sims 4 cheats-the ultimate resource for cheats, codes, guides and more for The Sims 4 on the PS3, Xbox 360, PS4, Xbox One and PC!