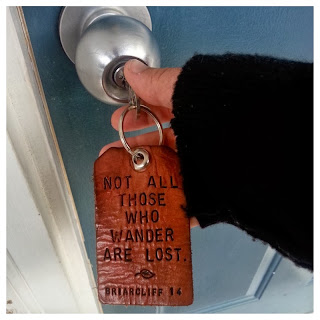 It has been about 10 days since I have been back from this year's "wanderings", a 15 day span where I have a creative restart. I get to see a large part of my Art Families... both the illustrator and designer toy side of the family. I get out of my studio and try to do work in the outside world. So I figured, before I am buried under more work (Designer Con is on the horizon), I would do a retelling of these adventures...mostly for my own amusement.


A Retreat! Firstly, a night flight to Philly is in order. Here a delightful pair of trouble makers (David Palumbo and Dena Obaza) collected me. I started traveling after partaking in a rather difficult trail half marathon, this will be remembered as ill-advised. After collecting the rest of our party, Daren, we retired to greener pastures. The next day Daren, Dave and I headed on an "epic" drive to the woods of Massachusetts. Traveling with artists through a "fall wonderland" provides one with a remembrance of all the artistic terms one may have forgotten while sitting in a studio with a cat all day. 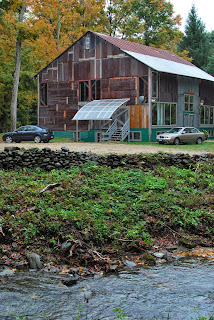 We arrived at the Barn. I assumed my "regular spot", an island of sewing, where I can easily watch the progress of everyone's paintings. I got far less done then I had hoped but gained a lot of inspiration. 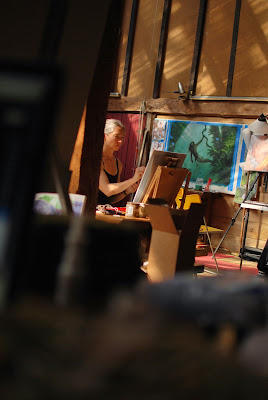 Unfortunately, this year the barn was in high demand... so we found a little place just off of Lover's Lane. The Briarcliff (totally not from a horror movie?). 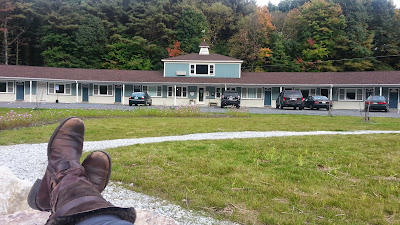 At first all the best efforts were made for some artistic culture. We went to a museum. There was even a farm to table dinner... 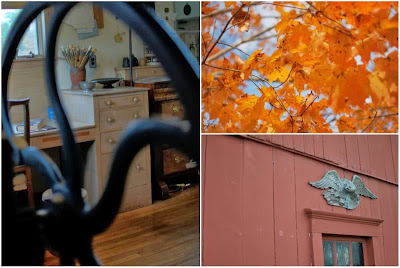 ... And then the owners of the establishment let us use the common area, where 4 hours of Cards Against Humanity happened...thus ending the artist retreat and beginning a decent into madness. 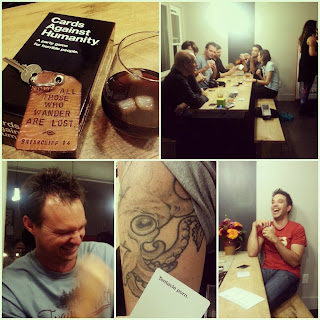 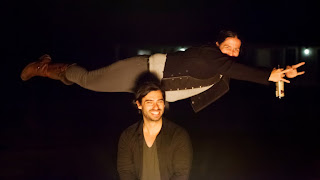 The next day consisted of group antiquing and a trip to the Meat Market before making our respective trips back to our points of origin. For me, Philadelphia. I spent the better part of the week being a tourist. I got to see the Philly branch of family, consume ungodly amounts of sushi, go dancing at an empty bar, see the "disturbingly informative" Mütter Museum and haunt the halls of Eastern State Penitentiary. Dave, Dena, Tony and Nonie are pretty fantastic care-takers... 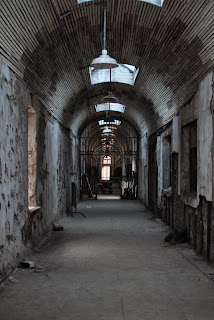 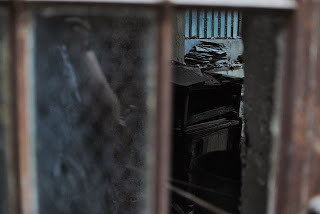 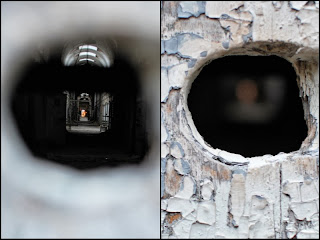 A trip to the Jinx store and Pizza Brain with my Sister in-law Sonia was the perfect cap to the Philly leg of this trip. Unfortunately, as these things go, time passes too quickly. My excursion to the land of New York was at hand.
A Bus and two locomotives landed me square in Brooklyn and in the hands of Andrew Bell. A greeting of breakfast foods before being immediately put to work at the Dead Zebra Studios.

We wasted no time in prepping a shipment of artworks. I recreated Hershey Kiss wrinkled wrappers (ate perhaps, one too many pieces of chocolate), packed boxes and sprinted to a nearby USPS. Pumpkin Ale was consumed as a reward for jobs well done and one of the most fantastic meals (more pumpkin everything) was had. Someone even exclaimed "that bread was tits" when referencing the bread that came to the table.

The following day was the start of the NYCC set-up and preview night. I again got to put roots down at the Clutter Magazine booth. Some of the best people to share in a convention with. Most of this, however, was a blur. A blur that cleared after arriving back in Brooklyn for Andrew's studio party. Luckily, my high school friends Dana and Zoe were also able to attend and warm up the studio's mini half pipe... 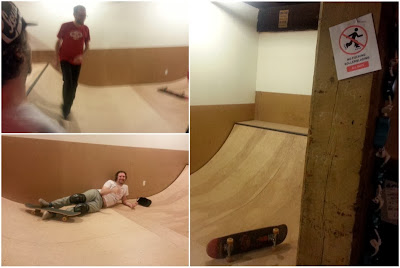 ...This is where I learned to "Skate" at 2:30am... for about 2 minutes... ending that adventure with a swollen ankle and an apologetic host.

The next morning I was able to meet up with my sister, brother in-law and my nieces and nephew in Manhattan. They happened to be in town for a wedding and it was good fortune that we were able to coordinate. Three words: Epic deli sandwiches. 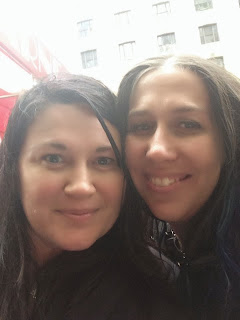 The evening held some great gallery openings and a pitcher of Sangria.  We visited Carissa Swenson's show where I barely made it into the door before buying one amazing piece of Tanuki art. And  sleepily attended The Cotton Candy Machine opening before returning for a Hot toddy and an early night.

Saturday was amazing. Starting the day at the Clutter booth for my release with Gary Ham, Neapolitan Hermees and a signing. I tend to draw tentacles at these sorts of things... I also really wanted to draw on someone's paper coffee cup but this did not happen.
Immediately following was the Designer Toys Examined panel with Myself, Sucklord, Scott Tolleson, Tara Mcpherson and Ron English. I admit to being slightly terrified by public speaking. But, I also have a tendency to talk your ear off once you get me going. I believe the perfect balance was achieved.
Did someone say DTA? A quick wardrobe change and its Designer Toy Award time! A grand party of toy nerds ending with some of them carrying away the Oscars of the toy world. Myself and Martin Hsu were up for Best Plush with our collab of the Puffer Puss. We may not have "won" this time around but we did bust a move or two on the dance floor.


And this wraps up this year's roamings! I am so happy that I get to do what I love surrounded by some damn fine creative and lovely people. But now I am back in the studio preparing for Designer Con in Passadena, where I get to do it all over again... even if it is for a much shorter span. 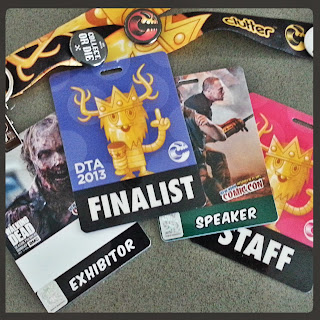