I have been extremely tired since my return from SDCC...I just can't shake it. Perhaps it is the knowledge that I have some impending shows? That solo show is closing in and I also have a couple other group shows at the same time....will it all get done? Will my brain explode? Stay tuned to find out!
Anyway, I had a great con! I sold out all of my Rocket World edition skulls by Friday and have a solid list of people interested in my custom Titus plush. I spent the majority of my time at "home base" (Rocket World's booth). I did go for little adventures which usually ended with me buying something. This year was also different in the fact that I did not bring a camera (no room in the suitcase) but I did use my phone's camera every so often... Most of those pictures came out blurry. Here are some photos of my adventure... 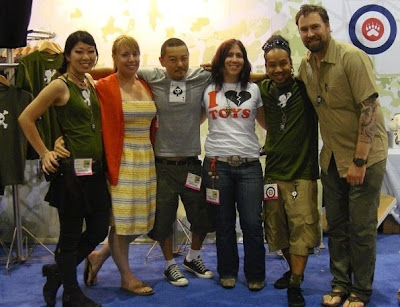 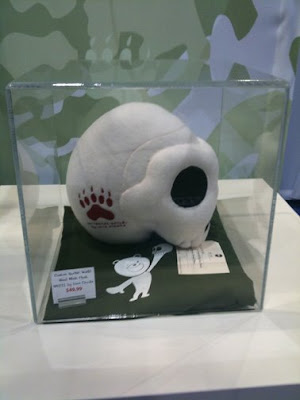 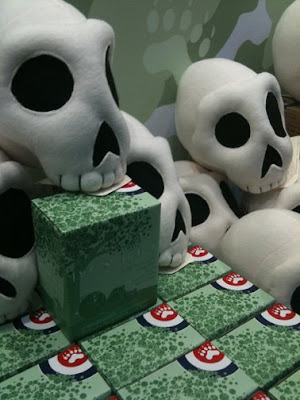 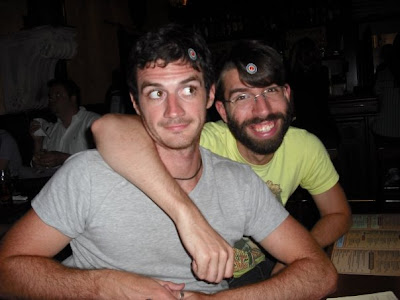 My evenings were spent drinking with and making fun of these people. I got to share a room with a different crowd this year, since most of my usual cohorts decided not to make the trip out. It was definitely like sleep away camp for nerds :)... Here, Scott and Dave are modeling Rocket World hair accessories... precious? I also gained an awesome new nickname from Scott Altmann: "Schnooks". 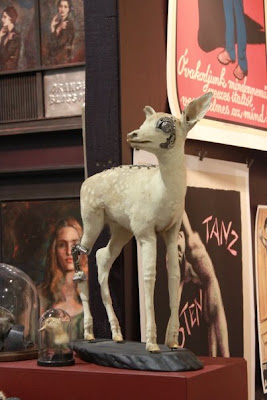 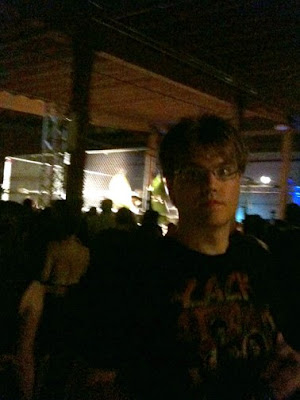 Saturday night's Kaiju Big Battle...Zoran seems to be afraid. As soon as we stepped foot in the venue it felt surreal, not because there were men in Monster suits wrestling but because it was a wrestling ring surrounded by chain-link fence in an empty brick building. I kept picturing the cops raiding the joint. 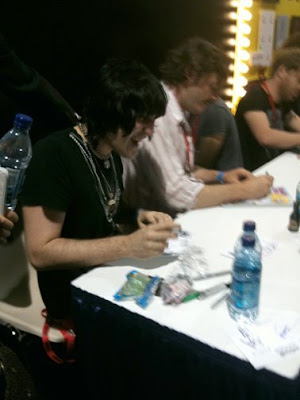 Another highlight of the con: The Mighty Boosh!!! mmm vince noir... They were doing a signing at the Adult Swim booth. I had happened by the end of the table and figured the time was as good as any to hand each of them a Rocket World Hannibal patch (Hannibal is the monkey character). I said something like "here, its your talking monkey Bollo". Noel replied with "Awww right, Cheers!". Haha Im a dork. 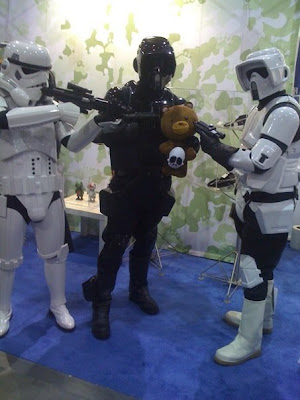 This is what happens if you go past the blue carpet of your booth...They make and enforce the rules. 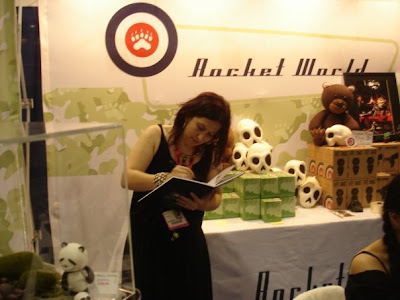 Here I am drawing in Nakanari Shiau's sketchbook...I think I would have done a better job if I wasnt suffering from horrible allergies at the time... next time perhaps I will be prepared and will draw something more awesome? 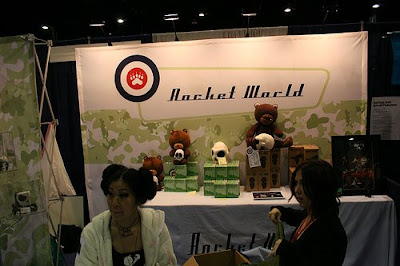 Stephanie and I manning the booth. The last skull in the pile has a "sold out" sign! Yay! 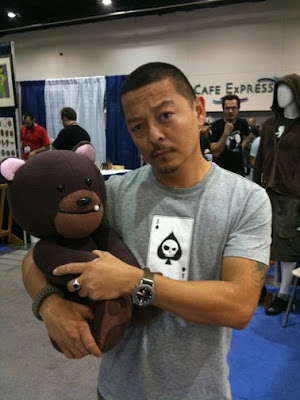 The con has ended and Patrick does not want to let go of his Titus. Looks like the dude in the background also wanted to get his hands on the bear. It's okay, there will be three of them made by the holidays!
It was great to see everyone! I was happy to have been able to meet people I have only know from the "internets". Hope everyone had a pleasant trip home...now back to work!
Want more photos? Visit:
http://www.plasticandplush.com/plasticandplush/2009/07/sdcc-2009-rocket-world.html
http://www.vinylpulse.com/2009/07/sdcc-09-new-iwg-figures.html#more
&
http://www.notcot.com/archives/2009/07/sdcc_09_rocketw.php
Posted by Lana Crooks at Friday, July 31, 2009